"I had never been on the ocean before, much less in a storm. This was my first ship. It was our third day out of the Sea-Land docks at their Port Elizabeth Terminal in New Jersey, and my third day of looking green and feeling sick as a dog. I was not used to an environment that rolled and pitched like this, making every movement a study in balance. I had already broken the big toe on my right foot by dropping an acetylene tank on it as I wrestled against the bucking of the ship to move it into place on orders of the First Engineer. The ocean had become so rough that one night we had to secure ourselves into our bunks; I did this by lacing rope back and forth through the bed frame from my mid-chest down to my thighs. This way, if the movement of the ship tried to eject me while I was sleeping, the rope would act as preventative webbing and keep me from flying out of my top bunk onto the steel deck. This being an old vintage World War Two Liberty ship our quarters were at the fantail; officers slept at midship, as did the galley crew, both closer to the mess hall. The weather got so bad the captain restricted us from using the deck to make our way from our quarters to the mess hall, and commanded that we traverse the shaft alley instead.
"The shaft alley was a cramped passageway that allowed seamen access to the propeller shaft in order to check oil levels and temperature gauges to see if all was well, and for maintenance and repair. It led from the engine room aft, to a ladder that led upwards into our quarters. Because of the severity of the weather we now had to use this cramped and circuitous route each and every mealtime. One evening as I lay nauseous and moaning in my bed, I decided I had to try to eat something. I stood up unsteadily, left my foc'sle and instead of climbing down into the shaft alley I confusedly stepped out onto the deck instead. The air was instantly refreshing; I felt immediately exhilarated. To hell with the shaft alley, I thought; I can make it. I grabbed the deck railing with one hand and stretched the other toward the bulkhead for balance and slowly made my way toward midship and the hatch that led to the mess hall. Holdiing on for dear life, the waves undulating wildly and dashing water onto the deck and across my feet with every roll of the ship, I inched my way forward. Just as I was reaching to open the hatch, the ship rolled violently starboard, slamming me up against the deck railing at hip height. I knew I was about to go overboard. All I could see as I looked down was the outstretched arms of the ocean reaching for me." ("The Rail," Chapter Twenty-Two, "Turbulent Seas"). 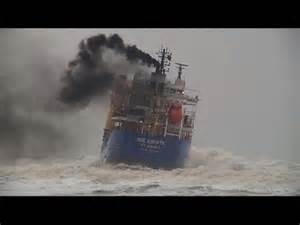 Posted by Unknown at 4:15 PM No comments:

"While the holiday traditions touched nearly everyone, being Jewish in our neighborhood was hardly monolithic; instead, just like the joke about the two Rabbis debating the deeper points of the Torah and possessing at least three perspectives between them, Judaism was approached from a variety of angles and outlooks. Given that the creation of the neighborhood was first imagined under the auspices of the Amalgamated Clothing Workers of America (ACWA), Judaism in our neighborhood had a certain progressive, labor-centric cast to it. What this often meant was that observance and participation in Jewish traditions and holidays were primarily a means to foster cultural identification rather than serving as an ongoing, devout religious practice. It was a way of straddling the post-war world of America, driven by science and progress and the image of one great melting pot, while never forgetting one's Jewish heritage, especially after the Shoah. As a result, for many families seeking a sense of assimilation, the larger holidays, like the High Holy Days, Passover, and especially Hanukah, morphed into ways of primarily maintaining Jewishness within the dominant culture rather than serving as devoted religious exercises. Even the weekly, Friday-at-sundown celebration of Shabbat, complete with the ritual lighting of the menorah and the sharing of fresh, braided Challah from Manna Bakery, was buffeted by the pressures to identify as American first and Jewish second. And, frankly, after the Shoah, there were some who did not want to emphasize their Jewishness in any way whatsoever for fear of stirring the ever-lurking beat of pogrom. . . .


"Nevertheless, while strict orthodoxy was hardly the tenor of how Judaism was practiced by most people in our neighborhood, nearly all my male friends had their Bar Mitzvah at age thirteen (and, thanks to the progressive outlook of Rabbi Sodden, so did some of the girls have a Bat Mitzvah when they reached twelve). This meant hours of after-school education at the Shul, learning Hebrew and learning a specific Torah portion to be recited at their Bar Mitzvah under the tutelage of the esteemed Rabbi, the officiant of the synagogue congregation. Other Hebrew school teachers over the years included" Abe Sodden, Mrs. Danzig, Mr. Bernstein, Mrs. Inzelbuch, Mr. Goodfriend, and Rabbi Grossman. Yet, while the neighborhood was unmistakably imprinted as a Jewish one, the upheavals of the Sixties would exert a powerful push-pull on many of my friends. I would watch them oscillate between appreciating and celebrating their Judaism and distancing themselves in the spirit of breaking with the old ways that so often provided the tenor of the times." ("The Rail," Chapter Five, "The Rhythms of Judaism").

Posted by Unknown at 7:41 PM No comments: